Thrifty Gifting Revealed as a Key Trend for Christmas 2019 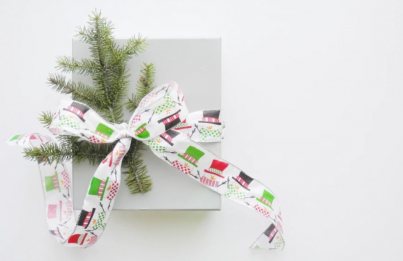 Pre-owned and homemade gifts are definitely in this festive season, with statistics revealing that people in the UK are looking to reduce their contribution to Christmas waste and reduce their carbon footprint. According to a survey of 3,000 participants conducted by jewellery experts William May, one in 10 Brits plan to make their own gifts this Christmas and one in three say that the current economic climate would make them more likely to give a pre-owned present.

Respondents were also asked what the main reason would be that they bought pre-owned gifts, and more than half (54 per cent) said to save money. 31 per cent said it would be to help charities, 12 per cent said for environmental reasons and 2 per cent say they prefer older things.

The good news for crafters is that 30 per cent of the participants would be happy to receive a handmade gift this year. However, a significant 57 per cent said they would reduce the number of Christmas cards they send in order to cut down on waste, with digital versions providing a waste-free alternative.