Three Days Left to Vote in the British Sewing Awards 2022 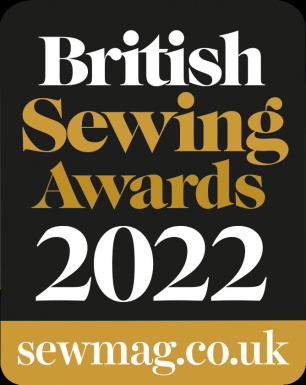 Voting is due to close for The British Sewing Awards 2022, held annually by Sew magazine, on Friday 16th September. The British Sewing Awards is one of the most important annual events in the crafting industry, giving Sew readers the chance to give back and vote for their favourite brands and personalities. It also shines a light on the independent shops which offer invaluable advice and service to stitchers of all abilities across the UK.

“We were over the moon to reveal our 2022 shortlist, ready for the voting stage, says Lucy Jobber, editor of Sew. “We would like to thank everyone who has nominated and voted for their favourites, as well as all those who shared our awards with their audience.”

This year, everyone who votes on the reader-nominated shortlist will receive a Become a Better Stitcher download boxset in collaboration with The Crafts Channel, in addition to being entered in a prize draw. When the voting stage closes, the winners and runners-up will be announced online and will also be featured in the December 2022 issue of Sew magazine, on sale 10th November 2022.