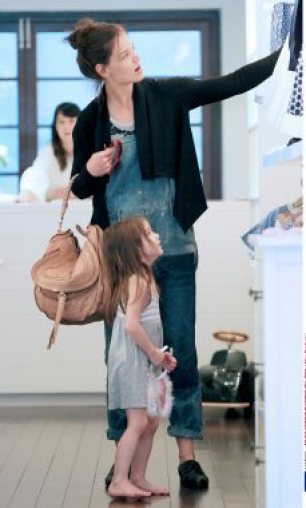 The knitting and craft craze has officially hit fever pitch, as the media continue to increase the popularity of the ‘make do and mend’ trend.
It seems that everyone wants to get involved in knitting which is a huge boost for the craft industry, not just for sales but also for the reputation of the hobby.

Hobbycraft chain reported sales of over a million balls of wool in 2009, an increase of over 28% and as the recession hit, people started to turn to simpler ways to enjoy themselves.

Now as more celebrities admit to being partial to a quick knit, another celebrity has jumped on the bandwagon to become a self-proclaimed crafter.

After confessing her enjoyment of knitting a few years ago, celebrity Katie Holmes has now admitted she is learning to sew with her daughter Suri and says one of her favourite hobbies is doing arts and crafts together. According to a CNN report Katie said: “My husband got me a sewing machine for my birthday. My mom grew up making curtains and pillows and everything, and it made our home very warm, so I like to do things like that with my daughter.”

Katie Holmes, former star of teen drama Dawsons Creek, has been married to Tom Cruise for nearly five years, and they have one daughter Suri who turns five this month and is clearly eager to follow in her mums fashionista footsteps.

With their fast-paced lifestyles, it’s even celebrities who enjoy their home comforts and a touch of nostalgia wherever they go.
All the positive media attention has really helped banish the granny stigma attached to knitting and crafts alike and helped increase the sales of wools and yarn. 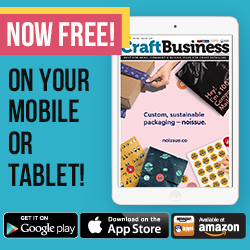