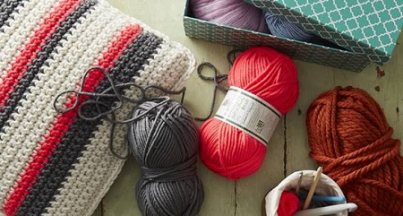 Hobbycraft, the UK’s largest arts and crafts retailer, reveals the rising trends in crafting and a new-found interest amongst millennials spurred on by the digital era.

The Rise of the Millennial Maker

Hobbycraft has seen a broadening appeal of crafting amongst millennials, with increasingly younger generations embracing their creativity. This is reflected through the growing rise of crafting conversations and communities on social channels driving the enthusiasm, and the introduction of revolutionary digital crafting tools.

Find wellbeing in Wool (and other crafts)

Crafting has long since been proven to have a positive effect on health and wellbeing. In particular, the rhythmic and repetitive technique of knitting and crocheting is a relaxing way to distract the mind from everyday routine and anxieties.

Pour your heart into it

A relatively new trend rising in popularity amongst crafters and novices alike is, ‘pouring’. The technique creates a striking patterned effect achieved from repeatedly ‘pouring’ paints.

Despite watercolour being one of the more challenging painting crafts, the rise in popularity is clearly evident as the UK looks to advance their painting skills.

It’s all in the details

The rise of social media platforms has ultimately impacted the art of party planning as people get creative to achieve aspirational ‘insta-friendly’ pictures.

Personalisation remains ever prevalent as a craft trend.

Macramé continues in popularity both on and offline. Recent macramé dedicated posts have seen uplifts in both reach and engagement.

Inevitably as new trends and markets emerge, some traditional crafts decline in popularity. Interestingly, the rise of fast fashion has had a detrimental impact as jewellery making starts to decline with minus five per cent sales vs LY.

The shift to digital cutting has also impacted long-standing tools with minus 14 per cent sales in fabric paints so far this year.

Joel Pickering, Head of Marketing, said: “Each year we see the trends in the crafting industry shift and while we are seeing a revival in retro trends and hobbies such as jigsaws and model making, at the same time, digital tools and social platforms are really driving a younger customer to turn their hand to crafting and share their creations amongst online communities.

“It is anticipated that digital crafting tools will only further rise in popularity as updated technology is introduced in the UK market.”