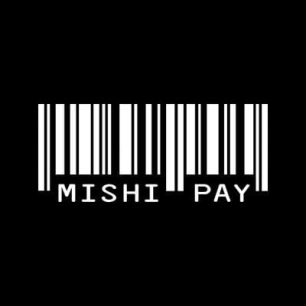 Analysis from one of Europe’s largest grocery retail chains showed that shoppers using the MishiPay scan & go platform came back to buy 33% more often, whereas non-MishiPay users came back 4% less often than the year before. MishiPay is the first scan & go provider worldwide to release data from a case-study based upon a clear A/B test.

The analysis from the European grocery retailer compared the behaviour of their loyalty members. Three cohorts were tracked: MishiPay users and non-users at MishiPay enabled stores, and a third control group of non-MishiPay customers shopping in ‘mirror’ stores.

In order to accurately measure the impact of MishiPay on overall sales, the store visits and total spend of the three user cohorts were compared between Q4 2019 and Q4 2020, using the loyalty card number of the shopper. This gave a robust testing scenario, enabling the retailer to accurately assess the value that MishiPay generates for its business.

When comparing per user spending, non-MishiPay shoppers spent 11% more in the quarter than they did in the year before, a rise seen by the majority of grocery retailers during the Covid-19 pandemic. However, in the same quarter, MishiPay shoppers spent 27% more than they did the year before. The only difference between these two cohorts was the use of MishiPay, and thus there is a 14% net YoY increase in spending attributable to MishiPay.

Referencing the analysis, MishiPay Founder & CEO Mustafa Khanwala explains how, “We’re thrilled to see such clear evidence that retailers that have adopted the MishiPay scan & go payment solution are enjoying double-digit growth in footfall and sales. Not only are retailers seeing a 33% increase in repeat purchases from the same shoppers but also a 14% increase in total spend per quarter.”

The MishiPay app, which can be used straight from the browser of the user, enables shoppers to scan their chosen items on their own mobile phone and track their total spending in real time as they browse the store. This keeps the customer fully informed about their spending as they shop, rather than requiring them to complete their shopping and proceed to a checkout.

Khanwala describes how a growing number of retailers have deployed MishiPay during the coronavirus pandemic, reflecting a wider behavioural shift away from cash. “Despite the challenges of Covid-19, we rolled out our technology with prestigious retailers across the UK and Europe including Flying Tiger Copenhagen, MUJI, Decathlon Deutschland, SPAR and Londis. By the beginning of 2021 MishiPay was live in hundreds of stores across 13 countries. This soon became 14 when we launched our technology with Paradies Lagardère in the United States”