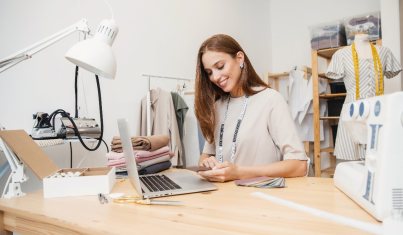 New research has revealed that the retail industry is dangerously underestimating the role that technology will play in building a sustainable operation that can thrive in the face of future pandemics, the climate crisis, and economic and political instability.

Despite major disruption over the past year and a half, only 43% of retailers think that Brexit and Covid-19 have made technology more essential to success, according to the Connected Enterprise report, produced by digital transformation specialist Nexer in partnership with applied futurist Tom Cheesewright.

The report also reveals that only half (51%) of retailers believe that they will have to implement more technology over the next five years in order to remain competitive, and less than a third (30%) believe that changes in customer demands/expectations will make technology more crucial. Worryingly, 28% feel that the technology they currently use will remain sufficient for the foreseeable future.

For the report, Tom Cheesewright conducted in-depth analysis establishing how key global pressure points, including the climate crisis and economic recovery, as well as changing customer behaviour, will impact the retail industry in the coming years.

“We could see ‘magic mirrors’ installed in clothing stores – reflective screens linked to cameras and controlled by AR software to offer shoppers a virtual fitting room experience, capturing different angles, adding accessories, and switching the colour or pattern of the items.”

However, according to Nexer’s research, uptake of augmented reality technology is very low at present, with just 2% of retailers currently employing AR. Only 9% said that they expect to implement it over the next five years, meaning that 89% of retailers have no plans to introduce AR to their stores. A further 17% said that they believe that AR is a gimmick.

Tom continued: “Data-driven technology and intelligent inventory management will be combined to deliver an increasingly personalised omnichannel buying experience, taking consumers and their preferences from online to in-store with zero friction.”

Despite this, 60% of retailers do not currently use any form of business intelligence software, with 20% of those not planning to introduce it at any point over the next five years. Even more surprisingly, 79% of retailers are not currently making use of inventory management software, and 62% have no plans to.

Turning his eyes to e-commerce, Tom believes that for brands to succeed, they will need to commit to a ruthless focus on customer experience.

He said: “We can expect to see an upswing in the use of on-site AI and bots to streamline communication, gather valuable qualifying data, and personalise product offerings, allowing consumers to bypass less relevant goods and freeing up customer care agents to focus on higher value tasks.

The research found that just 30% of retailers have already implemented AI technology, and they are 27% more likely to think AI is a just a gimmick than businesses in other sectors.

Colin Crow, managing director at Nexer, added: “While we will hopefully not need to face another global pandemic in the near future, there are other, potentially even more disruptive forces at play, which could soon have an even greater impact on the way we live and work.

“All industries absolutely need to be prepared for these changes, and technology will undoubtedly play an increasingly central role in business success going forward. We hope that more retailers will realise this, and take positive action before it’s too late.”