Ocean Media Group are using their stationery brands to spearhead a campaign encouraging consumers to support the high street and independent retailers, as non-essential retail reopens on 12 April in England.

Stationery and gift retailers were forced to close their doors for the third national lockdown which came into place on Tuesday 5 January, with many closed since before Christmas under the previous tier system.

The past year has been challenging for businesses up and down the country with retailers deemed non-essential affected more than most.

“After 15 years of opening my shop 6 days a week, it’s rocked me to my core to have to close my doors three times without really knowing when they will re-open“ says Sarah Laker, owner of Stationery Supplies in Marple, Stockport.

“It’s been a hard, long year but the one thing that has kept me going is the support from my lovely customers. I’m really looking forward to the simple pleasure of putting my shutters up and welcoming everyone back”.

Ocean Media Group are using the National Stationery Week, London Stationery Show and Stationery Matters brands to reach suppliers, retailers and consumers. The aim of the campaign is to support bricks and mortar stores as they are finally able to reopen as lockdown eases next week, and get consumers into shops.

One lucky customer will win over £1,500 worth of stationery products, kindly provided by London Stationery Show exhibitors. To enter, shoppers will need to take a picture of themselves inside or outside their local stationery store, using the hashtag #shopstationery and tagging National Stationery Week.

Stationery addicts will be falling over themselves to win the prize, containing an incredible selection of products from:

Retailers are being urged to promote the competition across their social media channels too, and encourage their customers to snap a picture of themselves in their stores to be in with a chance of winning. 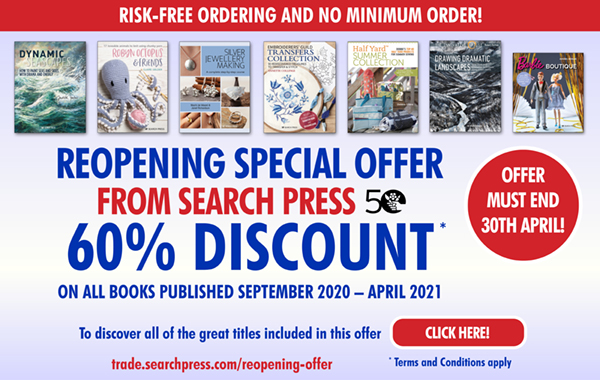