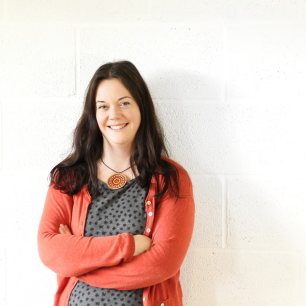 Stephanie Carswell, owner and Creative Director of Hawthorn Handmade, a craft kit design company based in Dorset, has been announced as a finalist for this year’s Great British Entrepreneur Awards. Named as one of the South West finalists for ‘Creative Industries Entrepreneur of the Year’, Stephanie has outshone almost 5000 entries after her organically grown business had its best year ever in 2020.

Since their launch in 2013, Hawthorn Handmade has established itself as a leading designer and manufacturer of textile craft kits. The crafty start-up began in the back room of Stephanie’s previous business, a contemporary craft gallery and haberdashery, and since then, the ever growing team have put all their collective energy into creating a unique brand that inspires, excites and gives back to their community. Every kit is lovingly made by hand in their Dorset headquarters and then shipped worldwide directly to customers and into a wide variety of shops including John Lewis and TKMaxx.

Stephanie says “This recognition of all the hard work that has gone into the business over the last 8 years, and in particular the last 18 months is incredible and I am proud and excited to have been made a finalist. I also must say a big thanks to my all female team who have made Hawthorn Handmade what it is today. Everyone is dedicated to the ongoing success of our business and spreading the joys of craft, and I can’t wait to see where we go next.”

Now in their ninth year, the Great British Entrepreneur Awards have celebrated some incredible entrepreneurs over the years, including the likes of Julie Deane OBE of Cambridge Satchel Co and Steven Barlett, who was recently named as the youngest ever Dragon to appear on the BBC’s Dragons’ Den and Stephanie is looking forward to the regional finals in September, after which the winners will proceed to a National final in October where the overall winner will be named ‘Great British Entrepreneur of the Year’.