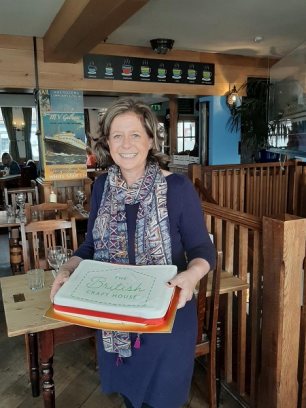 Having spent over two decades as an air traffic controller in the Royal Navy, Susan Bonnar from Lee-on-the-Solent, in Hampshire, has taken the leap turning her 15-year-long crafting hobby into a new business.

She has launched ‘The British Craft House’ – a website that only sells unique British crafts helping to support hundreds of local, regional and national small, hand-made, creative crafting businesses around the country.

Susan, who has already been acknowledged by ‘Dragon’s Den’ entrepreneur Theo Paphitis and has spent nearly 15 years crafting cards and bespoke albums herself, decided to turn her hobby into a business five months ago.

Susan Bonnar said: “The British Craft House business idea was born on a marathon preparation run back in February. I’ve always been passionate about bringing together the crafting community, which essentially is small businesses so often working in isolation. After nearly six years of helping people online through social media, I got the idea for a new site that was different and could support businesses in a much better way than what’s already out there. Within five months I’ve launched a completely new business in total contrast to my Navy career.”

Susan, who is originally from Plymouth and spent more than 22 years in the Navy, started making her own cards in 2005. She was at home with her small children while her husband, also a Navy officer, was at sea, often on long deployments and she wanted to create something she could post him every day.

She added: “I never considered crafting could be my full-time job, but card and album sales took off in shops and online and by the time I had my third baby I decided to leave the Navy. My passion became helping others and bringing together people who spend hours crafting something unique and help them drive it into a business. The British Craft House site gives them that platform. I really want to help these people sell, to be able to give up their day job so they can pursue their passion. Make their dreams come true.”

Her dedication and drive have won her national accolades like ‘Small Business Sunday’ from entrepreneur and Southampton Solent University Chancellor Theo Paphitis twice. She has also launched the ‘Hampshire Crafters Network’ made up of crafters from Hampshire who meet monthly discussing business and creative ideas and has since inspired similar set-ups across the UK.

Susan said: “The British Craft House is all about making a difference for people. Both for crafters selling their passion, blood, sweat and tears, but also for people looking to buy something different. There is so much more value in buying something uniquely hand-made that you know is more sustainable and supports someone’s dream.”

Susan has involved hundreds of people in designing the site, which has been built by web agency Morph PR and Marketing Ltd from Southsea. It has only been up and running since the start of November and already lists 170 independent businesses and more than 3,000 products. 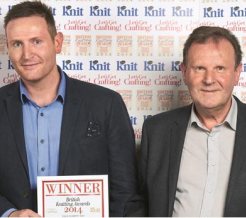 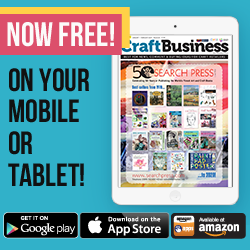