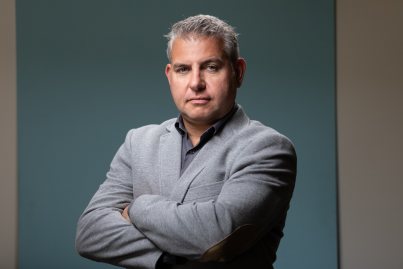 Multi-channel craft retailer, Create and Craft has been awarded a string of accolades at the Best Craft Awards 2019.

After 20 weeks of reader nominations and consumer voting, Create and Craft, which broadcasts live on TV and online in the UK and US, has been awarded ‘Most Loved TV Shopping Channel’ and ‘Best Rated Customer Service’.

The shopping channel’s presenter of 24 years Dean Wilson, also picked up the gold award for ‘Crafting Man of the Year’ a new title for this year’s awards, having previously won ‘Craft Personality’ for six consecutive years. Create and Craft’s Dawn Wheeler was also highly commended in the ‘Crafting Woman of the Year’ category.

Showcasing that Create and Craft firmly has it’s finger on the pulse in a fast-paced digital world, the channel also received the gold award for ‘most inspiring blog’ for a second year in a row.

Founded in 2003 by the publishers of Crafts Beautiful and PaperCrafter magazines, the Best of Craft Awards 2019 received 28,000 reader nominations and votes, reaching an astounding 1.2 million people.

Jamie Martin, CEO of Ideal Shopping Direct, the parent company of the Create and Craft channel, commented: “The awards not only make us the very best in this exciting and growing craft industry but receiving the accolades based on votes from viewers who have given us their seal of approval makes it all the more special.

“Crafting is certainly booming. In recent months Create and Craft has seen a significant rise in popularity attracting an extra 14,500 new UK customers in 2019. Consumer purchases are up too fuelled by the launch of hundreds of new branded products which our customers have fallen in love with.

“The spike in popularity has meant we’ve given huge focus to ensuring the shopping and buying experience remains top notch and so being recognised for our efforts in customer service is truly valued.”

Given traditional broadcasting demographics are mainly those aged 50+, the channel has aggressively embraced social media to future-proof the business by targeting the 25-34 year age bracket across Pinterest, YouTube and Instagram. Web sessions for Create and Craft in this age group grew by over 200% vs the same period in 2018. The company is now trialing online streams with exclusive content and making further investments into digital for other emerging video platforms served by new-style content.

Speaking of his award, presenter, Dean Wilson said the industry is changing to accommodate emerging trends and his style dubbed ‘presentaining’ gives him the edge.

He commented: “Our multi-channel approach offers such a rich experience to our customers. Not only do we have a team of experienced and entertaining presenters at the helm but the full scope of shopping for craft products with the power of TV or online demonstrations offers knowledge and access to all.”

“For many crafters old and new, there’s no better place than Create and Craft to get their fix. We work hard to ensure that contemporary craft trends and more traditional techniques inspire people on a daily basis. I tend to fuse presenting and entertainment together to deliver an engaging presentation show and I’m thrilled people enjoy it enough to take the time to vote for me to be recognised.”