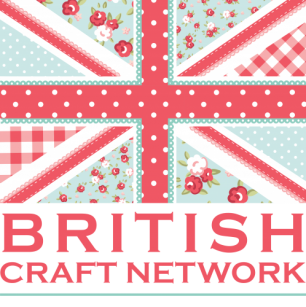 The British Craft Network is a new channel that is launching in a bid to provide an alternative to existing craft channels. The network will go live for the first time on October 1, 2014 and will air from 9am to 9pm, seven days per week via an embedded media player on the www.britishcraftnetwork.tv website.

The channel will feature craft programmes featuring some of the UK’s biggest and most familiar names in the craft industry.

Commenting on which famous faces will be supplying the channel, The British Craft Network’s business manager, Maggie Ware, said: “You’ll have to wait and see. We’ve been in discussions with lots of names and companies since November and everything has been a closely guarded secret, as the weeks get closer to the launch, you’ll see familiar faces appear on advertising and on social media too!

“It’s true that selling craft on TV has, in the past, been reserved for companies who could afford to supply the TV shopping channels. At the British Craft Network, it’s open to all suppliers, big or small. We’ve made contributing to the channel as easy and affordable as possible to encourage the smaller designers, the craft retailers, knitters, beaders, quilters and sewers and papercrafters to take part, so everyone wins and the viewers have a great selection of demonstrations and products to choose from.”

In addition, the network claims that its emphasis will be on demonstrations and techniques rather than sales, but viewers will have an opportunity to purchase products from the companies or people providing the programs via their own websites.

Maggie said: “Crafters in the UK are hungry for something different, our customers are telling us that they want to see more in depth demonstrations, more technique based tutorials and more variety of products and not as much irrelevant chatter on their screens.” She added, “UK crafters want to see what can be created with products and to have the opportunity to buy what’s being demonstrated if they want, directly from those doing the demo who are based in the UK not overseas.”