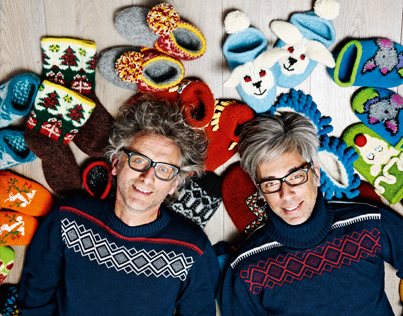 Carlos Zachrison comes from an artistic family with four generations of painters. Half Spanish and half Swedish, he was born in Brazil and had already travelled around the world before he was 13 years old. Arne Nerjordet also comes from a creative and musical family where everyone knows how to knit. He was born near Lillehammer, in Norway and comes from a small farm that has been in his family for more than 400 years.

Thanks to their creative backgrounds, the two designers can pretty much do anything, from illustrating and painting to sewing, embroidery, crochet, knitting and weaving. Arne is also skilled in woodcarving and welding, and has a degree in fashion design as well as pattern construction, specialising in men’s wear.

Carlos and Arne’s books are first published in Norway, then their mother publisher sells the book rights to publishers abroad and Search Press buys the rights to publish English language books. Their first book was 55 Christmas Balls to Knit; they simply contacted their Norwegian publisher with the idea and got signed up straight away. So far, they have written seven books, five of them are published in English. The sixth book, 30 Slippers To Knit and Felt, will be published this autumn and their seventh book, which is about art journaling will be published in English next year.

When Carlos and Arne started out, knitting books didn’t get the attention in the media that they get now. They were already best sellers, but no one knew that, as most media focused on other literature. The pair never thought that anyone could become a ‘knitting celebrity’, but today there are several authors of knitting books that have reached that status.

As a result, demand for good knitting books has increased and Arne and Carlos have been sought after since they wrote their first one. They originally thought that they would only take a year off work to write one book and have some fun, but since the first book was published in 2010, they haven’t been able to go back to a normal life, but instead continue to do this full time.

Arne and Carlos feel that their first book, 55 Christmas Balls to Knit, really changed everything. It was completely new, with projects that were easy to do in a short time and they were able to provide 55 designs with one pattern. This book has now been translated into 17 languages and is available all over the world. Many beginners started to knit because of it.

When asked if there was anything they know now that they wish they’d known when they started out, the pair said that they hadn’t realised just how much travelling would be required to promote and sell their books! For example, this autumn they will be going on tour, starting in Norway on September 2, and visiting Sweden, Denmark, Finland, the Netherlands, the UK and Germany, before finishing in Tokyo, Japan on December 18.

The future continues to look bright for Carlos and Arne, who have just started to work with Coats and launched some sock yarn for Regia that has been very successful. As a result, they will continue working for them with all three brands, Regia, Schachenmayr and Rowan, and look forward to developing lots of great ideas with them. Watch this space…

30 Slippers to Knit and Felt

Drawing on traditional Scandinavian influences and the natural environment, they create original and striking knitwear. 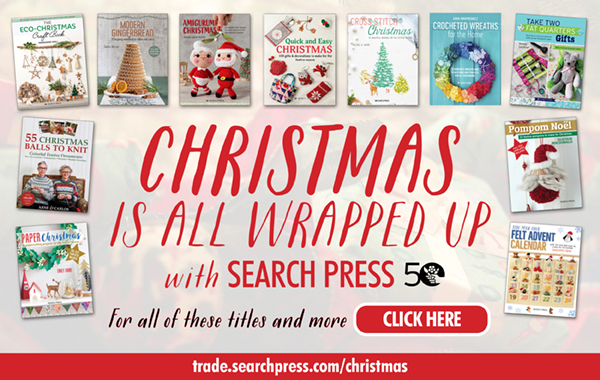