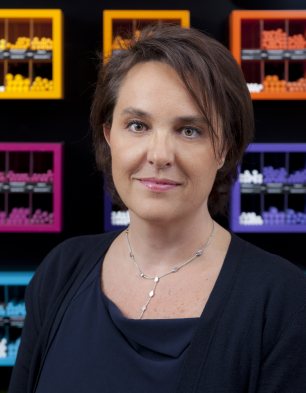 This year marks an important milestone for the Maison Caran d’Ache. Since it was founded 100 years ago, the family business has increased in stature to become an international icon of writing and drawing, thanks to its unique expertise and the kind of quality you only find in Switzerland. To launch the celebrations of our 100th year anniversary, we opened the doors of our manufacturing facility to visitors in February, taking them to the very heart of the production. This was the perfect occasion to reveal some of the many surprises we have planned throughout the year and to reaffirm the values and future vision of our Geneva-based company.

Since 1915 Caran d’Ache has carefully preserved the art of handwriting, the symbols that have connected people from the dawn of civilisation. With a priceless heritage of expertise, it designs and produces innovative products in its workshops.

Caran d’Ache art and drawing materials as well as writing instruments are recognised around the world for their Swiss made excellence and quality. Combining technical expertise with aesthetics and original materials with superb design, they are personal objects that add refinement to every new page of drawing or writing. Each creation is part of the human adventure and passion that has shaped the company, a synthesis of the spirit, rigour, determination and expertise of specialists in more than 90 skills. They are all entirely produced in Geneva, Switzerland in the great tradition of Swiss manufacturing.

Born as the ‘Fabrique Genevoise de Crayons’ in 1915, Caran d’Ache adopted its present name in 1924 when Arnold Schweitzer took over. It was a tribute to the French cartoonist Emmanuel Poiré who signed his drawings ‘Caran d’Ache’, a French adaptation of ‘karandash’ the Russian word for pencil.

Right from the start, Caran d’Ache explored the wide range of colour and writing tools for different forms of expression such as pencils, pastels and fibre tipped pens, as well as writing instruments that act as an extension of the hand. The desire was to create, transmitting harmony of a line, a draft or a sketch, experimenting with a technique or revealing a subtle nuance. It is one of the only companies in the world to offer such a large and comprehensive palette of products for design and writing.

With their elegant design, original choice of materials, strong pigments and technical excellence, Caran d’Ache products are an invitation to discover and explore. They symbolise the spirit of a manufacturer focused on innovation and driven by craftsmen committed to excellence.

The company’s long history of inventions and developments is testimony to the great creative freedom that energises the workshops.

1985 The Fine Arts range is launched with Neopastel.

2008 The Bar à Couleur, enabling a customer to test the products at will.

Caran d’Ache is a family company and a complete manufacturing facility. In its workshops, craftsmen with pecialist skills work alongside machines at the cutting-edge of technology. The company is committed to preserving and developing its 100 years of expertise.

Throughout its history, the Maison Caran d’Ache has always managed to evolve in a way which is both coherent with and respectful of its roots. Having initially specialised in graphite and colour pencils, the workshops in Geneva gradually diversified to incorporate an increasingly wide product range, all inspired by unique expertise. A true ambassador of Swiss quality, Caran d’Ache has succeeded in developing at an international level and now has a presence in more than 90 countries.

Our brand also has a strong commitment to social, artistic, and sporting initiatives, shown through the support given to young talent and various cultural institutions. The support made available to young artists and designers, to education in less favoured countries, and to several museums and cultural or scientific institutions speaks volumes for the values of Caran d’Ache, as do the involvement in the ‘Cartooning for Peace’ initiative and the sponsorship of the young Swiss tennis player Belinda Bencic.

Intended as a tribute to the 100 years of ceaseless contribution made to artistic expression in all its forms, the Collection Anniversaire (Anniversary Collection) from Caran d’Ache consists of symbolic creations, which embody the history of the Maison Caran d’Ache and will therefore be presenting (in order of appearance) some reworked versions of the iconic Technograph, Fixpencil, Prismalo, Ecridor, and 849 models on a limited edition basis.

This anniversary also provides Caran d’Ache with an opportunity to thank all those involved in the company on a daily basis and to celebrate the emotional ties that bind them to the brand. The result is a magnificent film made specifically for that purpose (available at www.carandache.com/100).

Caran D’Ache has an unmistakable family character and recognises that its people are its most important assets. Its shared ethical values, its lasting partnerships and its close links to the nearby environment all illustrate the notion of loyalty that has been fundamental to its development.

The originality in the materials and technology of Caran d’Ache creations is due to the efforts of two integrated R&D departments, one devoted to colours and the other to writing. The results can be seen in numerous patented inventions such as Fixpencil and Neocolor that revolutionised writing and drawing. The company bring together traditional craftsmanship and advanced technology, an essential recipe for high-quality manufacturing.

Powerful, long-lasting, pure and shimmering. Caran d’Ache masters pigments to create colours that bring the most beautiful inspiration to the blank page. Its prism of 300 shades is a dazzling feat of alchemy and requires total control of all the stages of development and production.

The only limitation is imagination

Since 1915, Caran d’Ache has put the quality of its products and respect for environment and people at the heart of its activities.

The true quality of Caran d’Ache products shows in sustainable development at each stage of production, as well as in the company’s culture. All the pencils are certified FSC or PEFC, guaranteeing that their wood comes from protected forests. The company has also led the way in developing a water-based varnish for pencils that drastically reduces the use of solvents. Using the benefits of nature while ensuring its survival, drawing inspiration from technology while preserving its manual skills – these are the commitments of a company that is firmly in favour of protecting our environment.

1985 - The Fine Arts range is launched with Neopastel.

2008 - The Bar à Couleur, enabling a customer to test the products at will.