The Royals - A class of their own or fashion trendsetters? 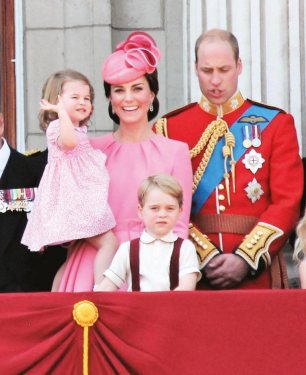 I was sitting in the hairdressers having a rare pampering moment, when I overheard two ladies (Lucy, the hair dresser and Hillary, the client) in the next chair; talking about the Royal wedding of Harry and Megan. Obviously ‘The Dress’ was the main topic of conversation which came with controversy as they felt that the dress was ‘too plain and simple’ and ‘Kate’s (wedding dress) was much nicer’!

This got me thinking about what impact the royal wardrobe has on consumer designs, whether this is dressmaking patterns or high street ready to wear garments.

Though Lucy and Hillary pointed out that they think that Kate’s wardrobe has become too formal, and they wouldn’t wear anything like that as she is ‘dressing like a 50-year-old and has totally lost her original style’. Which I thought was a harsh but quite interesting comment and it also shows that what the royal style code does do, is create opinion.

However, does being part of the royal family mean having to adopt their rules of dress to the letter?

This then got me thinking about the young royals, prince George, princess Charlotte and newest addition prince Louis and what they are allowed to wear.

Asking my hair salon neighbours, ‘what do you see the royal children wearing, when you think of them?’ Without hesitation, shorts was the first item of clothing mentioned. ‘All the royal boys have always worn shorts, haven’t they - I don’t understand why?’

I later found out that this is a very specific ‘style rule’ that the boys have to follow, as etiquette expert William Hanson explains to Harper’s Bazaar UK: “It’s a very English thing to dress a boy in shorts - it’s one of those silent class markers. Trousers are for older boys and men.”

Dating back to the 16th century, boys would wear shorts in all weathers until the age of eight, when they would ‘graduate’ to wearing trousers. Just look at any pictures of the royal family and you will see this is one tradition that has no sign of going away. Though not a ‘all year round’ high street staple, but you do find chino style shorts in the children’s section of most outlets every year. Giving young boys that smart ‘quintessential English’ look.

One royal ‘style rule’ that I think has really taken hold this year is princess Charlotte’s dresses. Oozing traditional style and techniques like smocking, yokes and frills. Versions of these dresses can be found everywhere in high street stores or pattern houses like Simplicity and Burda to name a few.

So much so, that this style has creeped into my sewing room without my awareness until now.

I was recently tasked with making my niece, Emmy Lou’s christening gown out of my sister-in-law’s wedding dress. Gemma (my sister in law) also brought along a few of Emmy Lou’s dresses that she wanted the gown to be based on.

I didn’t see it at the time but each dress has several things in common with that royal ‘style rule’ that Gemma was clearly taken by. Traditional but so cute!

With time being of the essence, I created my own pattern using the selection of dresses; however, having the opportunity to do research now, there are so many dressmaking patterns out there! Burda has a good selection to choose from, along with the matching bloomers as well as boys’ dungarees and sailor suits which is also a royal style classic.

Simplicity’s 1950’s toddler’s vintage dress and panties, is another example where it was fashionable then, and even more so now; with it being brought back into production for the modern market.

My christening gown creation had the all the tell-tale signs of royal daytime chic. With a yoked bodice, cap sleeves, button down back with understated lace detail. Though technically a hand-me-down garment; It was refashioned from the wedding dress that was made for Gemma, by her mother in law, Ineke Beryln. Passing it down through the generations, much like the wedding jewellery gifts to the newly wedded couple, Harry and Megan. This dress will be treasured and timeless in style.

So, do I think the young royals are trend setters? Honestly no. I don’t think boys wearing smocked gowns and shorts will be something for the masses, but these long-established designs and techniques will always be something that influences fashion for both children and adults of any ‘class’.

Embroidery, smocking and yoked garments are definitely in the current limelight of our shop windows and sewing magazines. Traditional and classic lines will always be here. They have the ability to change with the times and not become ‘out dated’ …. Unless you are a prince wearing a smocked gown of course.