From catering and Charing Cross murals to The Creation Station 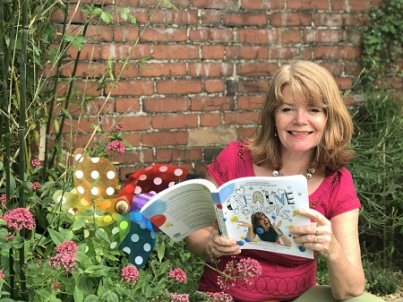 Sarah Cressall, founder of franchise business The Creation Station, talks to Mark Hayhurst about her life and work

Sarah Cressall has been on an interesting and varied journey before setting up the successful art and craft franchise, The Creation Station.

Sarah refers to her franchise owners as VIPs – Very Inspirational People – and they can be found operating businesses right across the country, from Orkney in the North of Scotland to Kingsbridge in Devon.

As a young girl she was always creative and this love of making led her on a winding path to Inspiration House, Creativity Drive, in Woodbury, Devon, the creative hub head office of her business.

Sarah studied a degree in catering and nutrition which led to a successful career in management.

She said: “I was a catering manager and the big turning point for me was when my boss said ‘you too could be a regional manager Sarah’ and I thought - is that the path I want to take. There was nothing wrong with that career but, for me, I wanted something that was a bit more nurturing, with a bit more expression.

“So, I left a secure job and became a picture framer and self-employed. I sold a lot of stuff at Camden Market, a lot of bespoke artwork and painted a mural at Charing Cross Station.”

Sarah then studied for a diploma in Art Management, in Roehampton, before moving to Devon to enrol on an arts foundation course.

She added: “I was 30 at the time and just being able to play and explore different materials, having worked in the corporate world for the last ten years, was just so lovely. From there I was offered a job helping young disabled adults run creative workshops.”

Developing and running workshops for people with head injuries and disabilities, Sarah saw the hugely positive effect of creative activities. When she became a mother to Sam, Ollie and Josh, Sarah was again struck by the creative power of craft, which started her on the path towards The Creation Station.

Sarah said: “I ended up in a wheelchair when I was pregnant – I had three kids in about three and a half years – and had some hip problems. The watershed really was becoming a parent and realising that there’s a whole world out there as a parent that I had never thought of before.

“I realised that the creative process and crafting allows everyone to be unique. So by having the three kids I wanted to spark their own curiosity and I found that arts and crafts was an amazing vehicle for them to be expressive, to get excited and to enjoy it and come out with different outcomes and own their own learning through that process.

“When I had the kids I used to run workshops from home and they were successful. So I thought there must be other people like me that would like a flexible business, doing something rewarding, so why don’t I franchise it.”

Sarah spent five years researching and developing the systems and ideas so that franchising would be a simple process for people. And when her youngest child, Josh, started school she awarded her first franchise in 2007.

Sarah believes she has created a strong ethos behind the business: “To me it’s about nurturing individual creativity and unlocking the wonder within. We do teach some techniques, of course, and processes but it is about creating that awe and joy, at whatever age you are, that you can learn and develop through a creative process.”

But running your own arts and crafts business is not everybody’s cup of tea and Sarah is protective of her brand. “We actually award to two per cent of people who enquire. It’s not for everybody and we’re not for everybody. It’s hard work running any business and we find the key ingredients to our successful franchise owners are they’re a people person, they like being around people, kids and adults, they are proactive and have a positive attitude.”

Sarah’s love of arts and craft have also led her to recently become a published author, with the release of her book, Creative Sparks – mishaps, hurdles and ideas to inspire you and yours. The book contains a treasure trove of true-life stories, tips and ideas and aims to help the reader discover the power to think, engage, create and inspire, while having fun.

Sarah said: “I had been told loads of times that I should write this down. I lead a busy business life and it took me two and a half years to finish! What was interesting about the book was how it evolved. I left it for a year then revisited it and got a few people to preview it. A lot of them said I needed to put my own personality into the book and how creativity helped me as a kid, as an adult and a parent. So I added much more of myself into it. I was very nervous about the launch, when you put a bit of your soul out there, you are putting your head above the parapet!”

So what’s next for Sarah and The Creation Station: “We have lots of plans. We have just offered 25 schools free workshops. We work closely with nice family brands, like Play Doh and Crusha, and want to do more creative workshops in schools.

“Also, we intend to take the brand international and export the franchise. Everybody likes to go through a creative process. As adults we don’t get a chance to do it, kids absolutely love it and because you don’t tell them what they have to do they just enjoy the process.

“Its got so many developmental benefits from problem solving, thinking and just enjoying the process. There is an awful lot of emphasis on outcomes now - with qualifications and exams and the next hurdle and the next - so if we allow kids to learn by doing and to fail, which is the first attempt in learning, you learn more from things that don’t go right, you have to think and problem solve.

“We still have areas in the UK that still need a Creation Station and we are always on the lookout for people who would love to turn their passion into profits and run their own successful Creation Station franchise. If so please just visit www.creationstation.co.uk.”